The .gov means it’s official.
Federal government websites always use a .gov or .mil domain. Before sharing sensitive information online, make sure you’re on a .gov or .mil site by inspecting your browser’s address (or “location”) bar.

This site is also protected by an SSL (Secure Sockets Layer) certificate that’s been signed by the U.S. government. The https:// means all transmitted data is encrypted  — in other words, any information or browsing history that you provide is transmitted securely.

In an effort to keep nifa.usda.gov current, the archive contains outdated information that may not reflect current policy or programs. 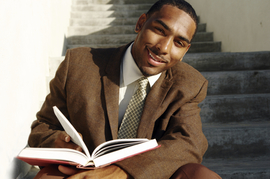 August 30th marks the 126th anniversary of the Second Morrill Act of 1890, which established the historically black colleges and universities, often referred to as 1890 universities in recognition of that important date. There are now 19 such institutions in 18 states. With support from NIFA, 1890 LGUs address the issues of food security, food safety, climate change, nutrition, and training the next generation of leaders in the agricultural and life sciences.

Tuskegee University in Tuskegee, Alabama is helping socially and historically disadvantaged farmers in Alabama’s Black Belt Region, an area in the state originally named after its black topsoil, through outreach programs. Through these outreach programs, farmers and ranchers learn how to sustain crop yields and quality during low periods of rainfall by using micro-irrigation and solar powered pumps.

Another program, eBaby4U, is a website established by Mississippi State University that helps teen mothers across the country access health and nutrition information for their children online. The project, funded by $158,000 grant from NIFA’s Rural Health and Safety Education program, fills an important cultural gap in outreach to African-American teen mothers, a demographic that has extremely low breast-feeding rates. The project now has nine teen parenting education videos that are available on the eBaby4U website and on YouTube, conducts surveys and in-depth interviews with minority mothers ages 13-25 in Mississippi, and implements social media campaigns to better connect with hard-to-reach African-American teen mothers.

Access to fresh fruits and vegetables can be a challenge for low-income neighborhoods.  One extension-based program, “Plant it-Grow it, Try it-Like it,” at Southern University and A&M College in Baton Rouge, Louisiana, teaches families and children transferable skills to grow their own fresh produce. The program has introduced 500 students from Baton Rouge area schools to a variety of gardening and physical fitness activities.

Historically black colleges and universities are also sharing their agricultural science with international partners. In summers of 2011 to 2015, Florida A&M University (FAMU) students, in collaboration with University of Maryland Eastern Shore, took part in an 18-day program in the Northern Cape region of South Africa to help improve the country’s agricultural performance in table grape and aquaculture production. According to USDA, South Africa is second largest producer and the fourth largest supplier of table grapes in the southern hemisphere, employing more than 60,000 people to produce 50 million cartons. A few years ago, major flood damage in the Northern Cape region left many table grape producers with no way to harvest their crops, which resulted in some defaulting on bank loans. FAMU faculty and students have since educated the farmers on better business practices, increased productivity, nutrition, and how to seek out alternative financing. Ultimately, two farms received their Fairtrade certification, verifying that their products meet certain environmental, labor, and developmental standards. They have since been able to increase yearly profits and become viable partners in trade.

NIFA is committed to ensuring that minority-serving institutions have equal access to opportunity and the support they need to succeed. Learn more about USDA’s commitment to civil rights in this month’s USDA’s Results chapter, “The People’s Department: A New Era for Civil Rights at USDA.”